Check out the list below to discover our top 10 most attended Modernism + Films over the past 10 years! How many have you seen?

1) Sagrada | The Mystery of Creation

One of the most iconic and enduring human structures ever built, Barcelona’s La Sagrada Familia is a unique and fascinating architectural project conceived by Antoni Gaudi in the late 19th century. More than 125 years later after construction began, the basilica still remains unfinished. SAGRADA celebrates Gaudi’s vision and the continuing work of countless laborers, artisans, designers and architects as they strive to complete the colossal project while delving into the mysterious process of artistic creation. 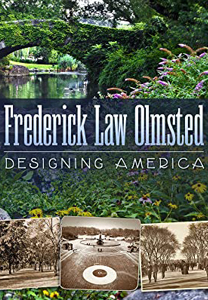 Frederick Law Olmsted was among the first to regard landscape architecture as a profession and a fine art - in fact, with Calvert Vaux he virtually created that profession. To Olmsted, a park was both a work of art and a necessity for urban life. Olmsted's efforts to preserve nature created an "environmental ethic" decades before the environmental movement became a force in American politics.

Hidden in the mountains of Western North Carolina, Black Mountain College (1933 - 1957) was an influential experiment in education that inspired and shaped twentieth century American art. Fully Awake | Black Mountain College is a documentary film that explores the college's progressive pedagogy and radical approach to arts education. Highly democratic and faculty-owned, the school promoted practical responsibilities and the creative arts as equally important components to intellectual development. During WWII, Black Mountain College was a haven for refugee European artists such as Josef and Anni Albers who arrived from the Bauhaus in Germany. 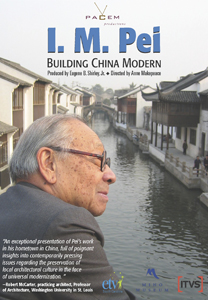 I.M. Pei has been called the most important living modern architect, defining the landscapes of some of the world’s greatest cities. A monumental figure in his field and a laureate of the prestigious Pritzker Architecture Prize, Pei is the senior statesman of modernism and last surviving link to such great early architects as Corbusier, Gropius, and Mies van der Rohe. Entering into the twilight of his career and well into his eighties, Pei returns to his ancestral home of Suzhou, China to work on his most personal project to date. He is commissioned to build a modern museum in the city’s oldest neighborhood which is populated by classical structures from the Ming and Qing dynasties. For the architect who placed the pyramid at the Louvre, the test to integrate the new with the old is familiar but still difficult. The enormous task is to help advance China architecturally without compromising its heritage. In the end, what began as his greatest challenge and a labor of sentiment, says Pei, ultimately becomes “my biography.” 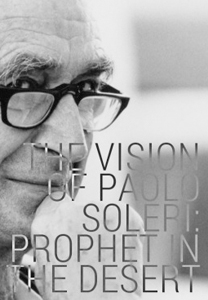 5) The Vision of Paolo Soleri | Prophet in the Desert

A biographical documentary on the architect and environmentalist Paolo Soleri. It is the story of an unprecedented artistic quest. Born in Torino, Italy in 1919, Soleri came to America in 1946 to mentor under Frank Lloyd Wright at Taliesin West, Arizona. After one and a half years, Soleri left Wright to embark on a blazing original course of his own. While uncovering Soleri's legacy as an architect, environmentalist, and philosopher, the film will pose critical questions about mankind's future, and architecture in a world facing environmental, social, and economic crisis. Few architects have proposed more ambitious design and been less prone to compromise. 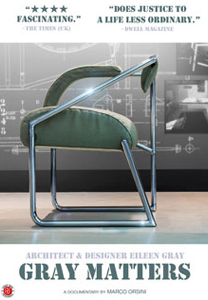 The documentary Gray Matters explores the long, fascinating life of architect and designer Eileen Gray, whose uncompromising vision defined and defied the practice of modernism in decoration, design and architecture. Making a reputation with her lacquer work in the beginning of the 20th century, Gray became a critically acclaimed and sought-after decorator and designer before reinventing herself as an architect. Her first and most famous building, a modernist villa on the French Riviera called E-1027, was for many years mistakenly credited to her mentor, Le Corbusier. For the most part, her pioneering work was done quietly, privately and to her own specifications. But she lived long enough (98 years old) to be rediscovered and acclaimed. Today, with her work commanding extraordinary prices and attention, her legacy, like its creator, remains elusive, contested, and compelling.

Celebrate the 100th anniversary of Walter Gropius’ Bauhaus with this lively, wide-ranging documentary exploring the history, present and future of the utopian design and architecture school and communal social movement around the world. A radical artistic utopia, which is still having an impact on the world we live in today, was born in a tranquil town in Germany. 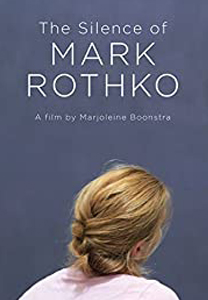 8) The Silence of Mark Rothko

Painter Mark Rothko is best known for imposing canvasses that eschew representation in favor of pure color and texture-using them to express fundamental human emotions. In THE SILENCE OF MARK ROTHKO, we visit Rothko's studio at 22 Bowery in New York, and go to Florence's Museo Di San Marco, where the monastic work of Renaissance painter Fra Angelico deeply influenced Rothko's mission to create environments and not just paintings. In The Hague, filmmaker Marjoleine Boonstra introduces us to curator Franz Kaiser of the Gemeentemuseum, as his team installs the works for the first major Rothko exhibit to be held in Holland in 40 years. 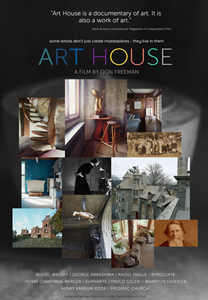 In the documentary film Art House, photographer and filmmaker Don Freeman explores the handmade homes created and lived in by eleven distinguished American artists, shedding light on a unique architectural typology characterized by a D.I.Y. aesthetic, the appropriation of building techniques from art practice, and a fierce spirit of individual expression that deserves deeper examination in this age of architectural standardization. The film reveals the inventiveness derived from the dialogue between each artist's practice and the construction of their handmade homes. The results range from the romantic (Hudson River School painter Frederic Church's Olana, framing views of the Catskills to echo his paintings), to the futuristic (Urbanist Paolo Soleri's silt-casted structure Cosanti growing out of experiments in bell making in the Arizona desert). Commentary from cultural critic Alastair Gordon and an original score by Jamie Rudolph help to evoke the spiritual dimension of the locations and argue the case that the intuitive vision of artists can create great architecture.